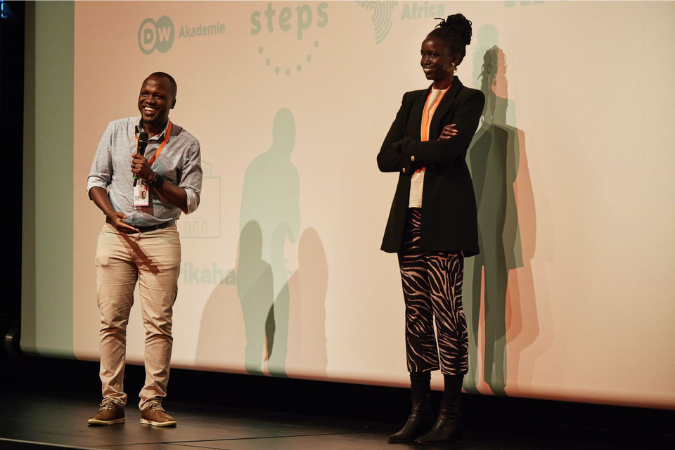 We recently just concluded the very exhilarating 37th DOK.fest München that happened from 4th – 15th May 2022.

This was our 2nd time back in Germany after a successful premiere at the 72nd Berlin International Film Festival this February. No Simple Way Home Director, Akuol de Mabior and Producer, Sam Soko were present at the festival as well as our collaborators from Generation Africa; Don Edkins, Tiny Mungwe and Berenice Hahn.

One of our biggest highlights from the festival was a section of the South Sudanese community in Munich coming through to watch and support the film. The other major highlight was No Simple Way Home winning the prestigious Dok.Horizonte Award that is sponsored by Petra Kelly Stiftung. Here is what the jury had to say on their selection;

“The jury was particularly inspired by the positive and pragmatic nature of the protagonist, who faces up to her duty against all odds. NO SIMPLE WAY HOME by Akuol de Mabior tells the story of South Sudan’s political leadership in a very direct and intimate way and at the same time is the chronicle of a family with a strong mother-daughter relationship."
- DOK.fest München Dok.horizonte
We are so grateful to DOK.fest München for recognizing our story.

Looking forward to our next festival stop at Sydney Film Festival from 8th June 2022.