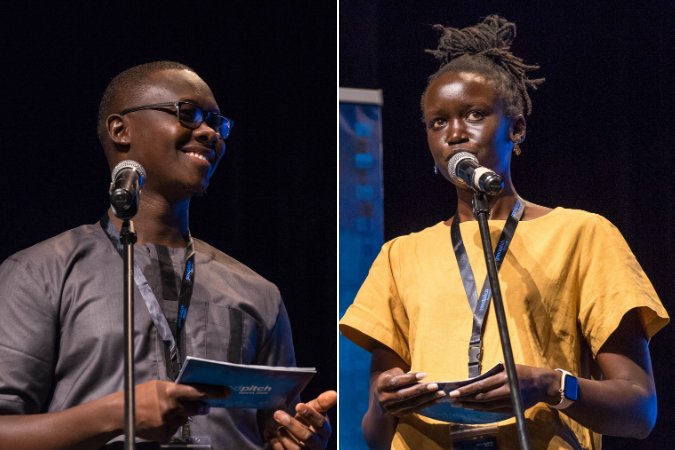 NYANDENG AND LEA PITCH AT GOODPITCH

On 12th November 2020, two LBX Africa films, Nyandeng and Lea had the opportunity to pitch at Good Pitch. Hosted by Docubox in partnership with Doc Society, Good Pitch aims to spearhead social change through the power of storytelling.

Nyandeng and Lea are both unique stories that have social change at the heart of the stories. Lea, follows the journey of Lea Kilenga as she  battles sickle cell anaemia and has dedicated her life to raise awareness on the condition. Film Producer Sam Soko and Director, Kenneth Jura presented the pitch for the film.

Nyandeng, follows the journey of Rebecca Nyandeng De Mabior as she prepares to become one of the country's vice presidents. Her mission is to safeguard her late husband, John Garang’s, vision for South Sudan and their family. The film is being directed by Akuol De Mabior and produced by Sam Soko.

Both films were awarded USD 5000 to support with production.