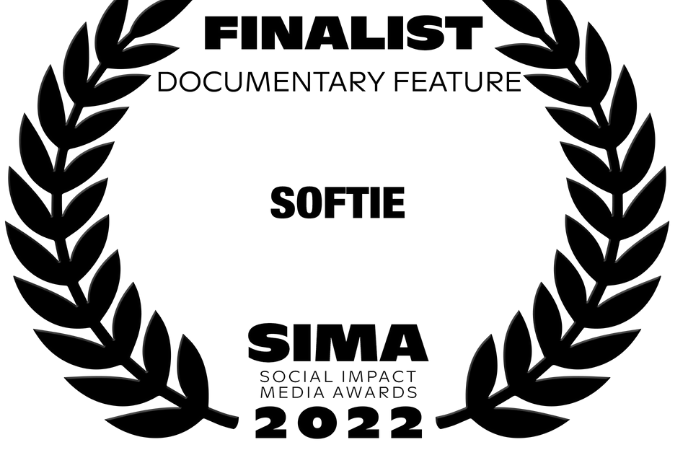 SOFTIE IS A FINALIST FOR THE 2022 SOCIAL IMPACT MEDIA AWARDS

Softie has made it among the finalists for the Social Impact Media Awards under the ‘Feature Documentary Category’.

Since 2012, the annual SOCIAL IMPACT MEDIA AWARDS have set new standards of creativity and integrity in social impact storytelling, honoring eye-opening documentary filmmaking and XR/Interactive experiences that exemplify excellence in their potential to inspire social change. Each year, projects are selected from over 140 countries around the world, competing for awards, cash prizes, media features, and entry into SIMA’s impact distribution channels.

It's an honor to be nominated among other impactful films. We are grateful to everyone that has taken time to watch Softie, shared the film and had conversations on how we can all do better. Our hope has always been for the film to inspire a change of mindset among all of us when it comes to voting.

Out of the 12 finalists, a winner will be announced on 10th February.