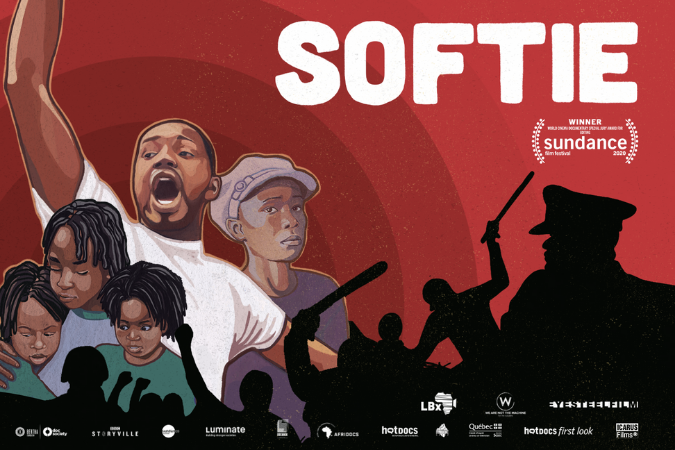 Sundance Institute announced the showcase of new independent feature films selected across all categories for the 2020 Sundance Film Festival. The Festival hosts screenings in Park City, Salt Lake City and at Sundance Mountain Resort, from January 23–February 2, 2020. It is widely regarded as the largest American independent film festival and attended by more than 120,000 people and 1,300 accredited press, and powered by more than 2,000 volunteers last year.

Our first ever feature documentary film “Softie” will have its world premiere at this festival. It has been nominated in the World Cinema Documentary Competition category.

“Softie” tells the story of Boniface Mwangi, daring and audacious, and recognized as Kenya’s most provocative photojournalist. But as a father of three young children, these qualities create tremendous turmoil between him and his wife Njeri. When he wants to run for political office, he is forced to choose: country or family?

We are crazy proud of the Director, Producer and Editor Sam Soko, Producer Toni Kamau, our EP and Co-editor Mila Aung Thwin, our world conquering EPs Bob Moore and Sandra Whipham and the entire kick ass team that helped make this happen. Also, a big shout out to our collaborators: ‘We are not the Machine’ and ‘Eyesteelfilm’. Thank you to our funders Doc Society, Sundance, Hotdocs, Luminate, Docubox, Afridocs, POV, Storyville, Our other incredible funders, supporters and cheerleaders from across the globe. We couldn't have done it without you! Kenyan Docs are coming to the world!

For more information on other awesome films and organizations nominated for this festival, visit