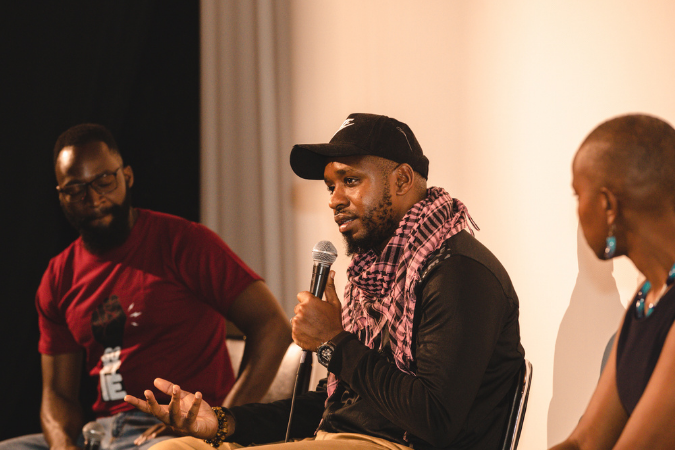 Alliance Française hosted a special screening for Softie at the Wangari Maathai Hall as part of their CinemAlliance program on the 28th of February. It was a full house event and the entire Softie team including Boniface Mwangi, Njeri Mwangi, Director, Sam Soko, and Producer, Toni Kamau were in attendance.

We had the most amazing conversations on the role of women in activism and the cost family has to pay, the importance of voting in getting the change we want, a bit of history on the making of Softie and a lot more.

Look out for a screening near you in the coming weeks by following Softie The Film on social media.