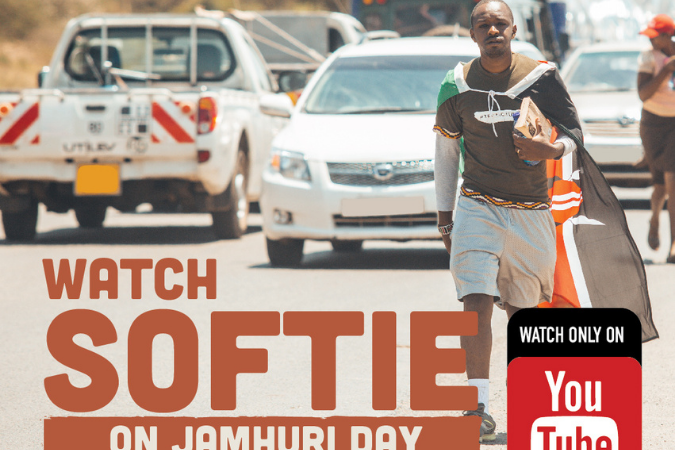 The love, support and genuine comments we have received on Softie social media handles over the past week have been so positive, full of hope and we thank each and every Kenyan who has taken time to watch Softie.

From 12th December, our Jamhuri Day gift to Kenyans was making Softie available to watch for FREE on YouTube for a limited period. The reception we got was very overwhelming, in 3 days, the film had over 100,000 views and the conversations overall were so encouraging.

Softie also aired on KTN Home on Jamhuri Day to give access to those who may not have had internet access. For those who missed it, KTN will air a rerun of Softie on Wednesday, 22nd December, 2021 at 10:00pm.

To see Kenyans watch themselves reflected in the film and get comments on people being truly reflective of the decisions we can make collectively and individually for a better Kenya was everything we could ask for.