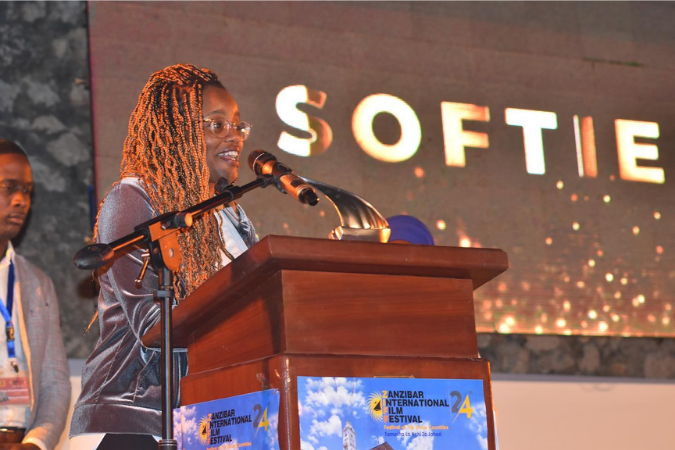 Softie Producer Toni Kamau represented us at the Zanzibar International Film Festival where Softie made us proud once again by winning the ‘Best Documentary Award. It was important for us to see Softie’s story resonate with audiences much closer to home.

More than that, it was great to see other Kenyan films stand out and bag awards. Kenyan action film ‘Mission to Rescue’ which had its premiere at the festival won ‘Best Feature Film’. Melvin Alusa, one of the main cast members in the film also bagged the ‘Best Actor’ award.

We celebrate all the winners and filmmakers who presented their films at this year’s festival!